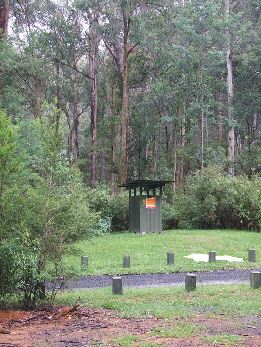 Sixty five kilometres east of Melbourne, this 16550ha state park is so vast and close to the city in the town of Gembrook, in the southern slopes of the Yarra Ranges.        The Ballluk William , aboriginal clan of the Woiworung tribe were the inhabitants of this area. They believed that Bunyip lived in the swamps of the Bunyip River, which flows through the state park and the Bunyip spirit punished bad people. Aborigines avoided this area in fear of upsetting Bunyip and even the early European settlers never pitched their tents near an area the Aborigines called as Bunyip Hole. In 1992 the park was declared as a national park.

Though this area caught the interest of Gold prospectors in the 1850’s, timber harvesting has been main commercial activity all along. This part of the Puffing Billy tourist railways was constructed in 1900 to take timber from the bush sawmills to the Gembrook yard.

Visitors to Bunyip State Park are able to explore and experience the Park’s rugged bush setting through a range of activities.

Have a picnic at Mortimer or Dyers Picnic Ground.

Enjoy passive use activities such as walking, nature appreciation, horse riding, or cycling on tracks in the south of the park.

How to reach Bunyip State Park

Bunyip State Park is reachable via Gembrook, from the Princes Freeway, or from Woori Yallock (Melway reference 612 K5). When approaching from Gembrook or Woori Yallock, trail bike riders and four wheel drivers are advised to enter the park via Beenak East Road and Black Snake Creek Road for access to four wheel drive tracks and trail bike unloading areas.