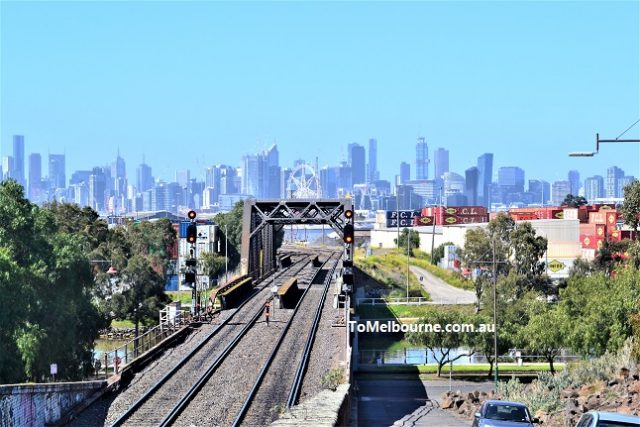 A portion of the Melbourne and Murray River Railway, which extended from Melbourne to Sunbury was opened in January 1859 and that was the first-time trains passed through Middle Footscray. What used to be Melbourne Yard, where Docklands and Marvel Stadium now stands (previously been known as Colonial Stadium, the Telstra Dome and most recently Etihad Stadium) was the hub of freight operations in Melbourne. From Melbourne yard goods trains used the passenger line and Footscray, then known as the grand junction of Victorian railways, became a choking point by the 1920’s.

In 1926. Victorian Railways began the construction of an independent goods line to link West Footscray to South Kensington to ease the congestion at Footscray, by by-passing the Footscray junction and the Footscray passenger station. There was a desperate need to separate steam-hauled country and freight trains from electric suburban trains.

The new railway line passed through the swamps of West Melbourne across Dynon Road, bridges were built to cross the Maribyrnong river, and went through the tunnel at Bunbury Street.  The line was around 2miles long with the construction of two railway bridges and a tunnel that ran under the Bunbury street in Footscray at a budget of £600,000. At the time of construction, the tunnel was the longest in the metropolitan area. The line was opened in 21 October 1928. The operations were carried out by Railways construction branch with C.H. Perrin as Chief Engineer.

It became a major construction work considering the amount of basalt rocks which was removed for the railway. Construction of the   tunnel involved the cut and fill tunnelling using an arched concrete lining. The tunnel reaches ground level by Middle Footscray Station. 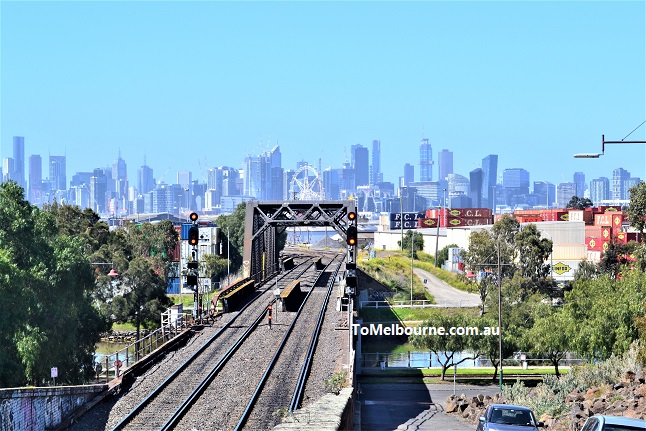 Initially the tracks were broad gauge and were converted to dual gauge in 1962 as a part of Melbourne to Sydney Gauge Standardisation project. A new flyover was built north of Southern Cross Station to carry long-distance passenger trains over the suburban lines and into the V/Line terminal at Southern Cross. 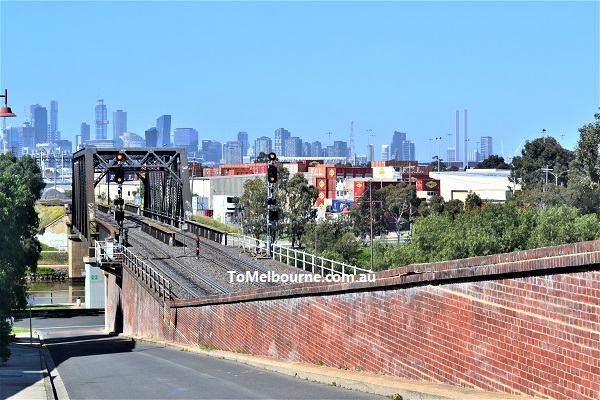 Today the line is leased from Victorian Government by the Australian Rail Track Corporation as part of the North East standard gauge line. The only passenger services using the line operate on the standard gauge, being the daily NSW Train Link XPT, the Great Southern Rail operated The Overland and standard gauge Albury V/Line rail service. There was a proposal to use the spare capacity on this route to allow some peak V/Line services to bypass the suburban network. But later decided to build new tracks through Footscray. The Regional Rail Link project is building a pair of tracks from Southern Cross Station west to Sunshine, and from there across to Werribee. This will provide a new route for V/Line services to Geelong, Ballarat and Bendigo eliminating the need to pass through Footscray.