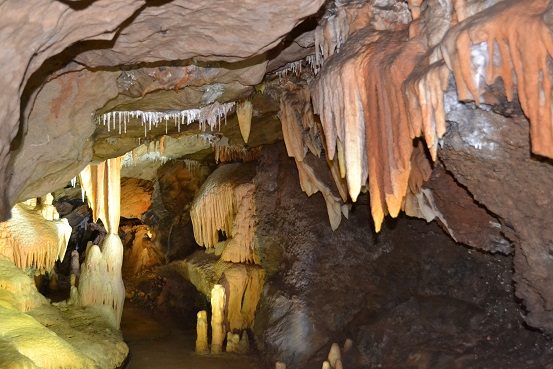 Located 355km East of Melbourne in South-West of Buchan in the East Gippsland region, Buchan caves reserve is home to some of the most spectacular lime stone formations in Australia. The 285ha Buchan Caves Reserve is situated in the Buchan-Murrindal cave system. Hundreds of caves are located here, though only a few are made ready for visitor access.

Millions of years ago, the area of Gippsland was covered by sea and the layers of shellfish and coral deposited over the years took a compacted form to create limestone rocks. The limestone formations were created by rain water seeping though the cracks and dissolving it. The rainwater as it flows, picks carbon dioxide from the air, thus serves the function of a weak acid. It is the handiwork of nature that takes millions of years and some of these erosions become enlarged enough to form caves. 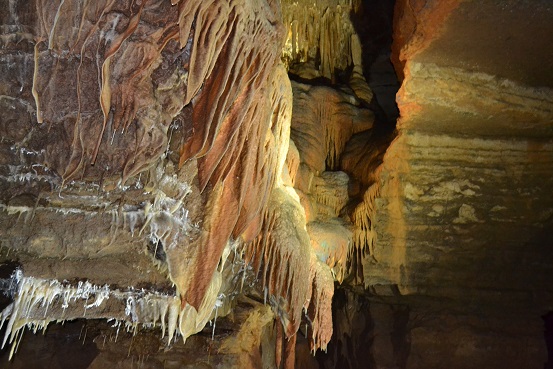 History of Buchan and its caves

The name Buchan came from the Buchan Pastoral run. The river passing through, which is a tributary of Snowy River, took the name Buchan River and so was the township. It is debatable whether the name ‘Buchan’, came from the Scottish town of Buchan or derived from the aboriginal word ‘Bukin’ which means an evil spirit or it could even be a contraction of the Aboriginal placename Bukkan-munji .

Gippsland constituted part of Gunaikurnai nation of the aboriginals. It is assumed aborigines inhibited this area some 18,000 years ago. The area was mainly a place of refuge for aborigines during the seasonal migrations to and from the mountains. Aboriginal tribes had the knowledge of the caves since time immemorial.  Some of the cave entrances were used as secret ritual grounds by aborigines and it also formed part of their burial grounds. The caves also formed the kingdom of wicked and mischievous Nyols in aboriginal stories that are passed through generations.  But it is believed, aborigines never tried to explore the caves. 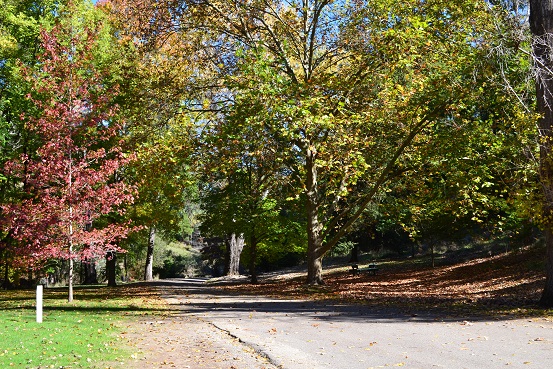 Angus McMillan is credited with exploration of Gippsland and he is also responsible for the massacre of aborigines in Gippsland in large numbers and it is said, he even carried a bag of skulls of aborigines. John Wilkinson was the first to take possession of Buchan and Edward Baylis established the Gelantipy run in 1839. In 1842, Fraser Mowatt had acquired the Buchan run. Surveying of Buchan began in 1866 and a comprehensive survey was undertaken in 1868. Buchan was proclaimed a town in May 1873.

The presence of the caves in the area were known to the Europeans since the early days of settlement. In the 1870’s the existence of caves started getting mentions in the Australian Newspapers which attracted geologists and inquisitive visitors to the area. In April 1878, members of the government’s Wattle Bark Commission visited the caves of Buchan. The first photos of Wurrindal Cave were taken in 1873 by Mr F Cornell. By the 1880’s caves began attracting moderate number of visitors and wide scale vandalism was reported by the media at the caves. In 1889 the first geological survey of the Buchan Caves commenced, which recommended development of Buchan Caves as a tourist attraction. By the early 1900’s destruction by vandalism at the accessible parts of the caves, resulted in an outcry to protect the natural wonder.

Francis Herbert Arthur Moon, a local resident discovered a cave which was named Fairy Cave on 18th March 1907. The cave was opened to public in December 1907. With an eye on Buchan’s tourist potential, then Victorian Premier, Thomas Bent sent Geologist   A.E. Kitson  to undertake further studies in its viability.

The Royal Cave was discovered in November 1910, by a  party  led  by  Frederick  J Wilson, Caves Supervisor of the Buchan Reserve since 1907. Frank Moon was also part of the team. The Royal Cave was opened to public in November 1913. The Buchan Caves National Park was formally dedicated on 3 December 1938. The Caves were closed in February 1942 because all the staff had enlisted for military service  in World War II and was reopened in April 1946.

In 2010’s Native Title Determination, the Federal Court recognised the right of Gunaikurnai aboriginals to hold native title rights over much of Gippsland. Therefore, the State Government came up with a Joint Management Plan for Buchan Reserve with the Gunaikurnai traditional owners. 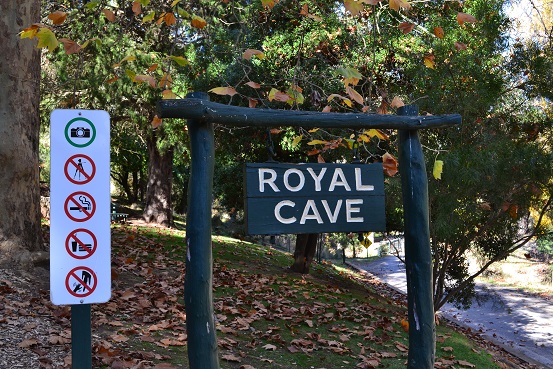 Entry fee apply. Fairy Cave can be accessed by children and  adults with mobility limitations using an electric Stairclimber. Prior booking required. Guided tours are conducted daily in Royal Cave and Fairy Cave. Both caves are lit and have concrete pathways. They are closed only on Christmas day. Royal Cave is 500 metres in length and has 150 steps. Fairy cave is of same length and has 200 steps.

Federal Cave is rarely open to the public and is part of the same cave system as the Royal and the Fairy show caves. Lit only by solar-powered pathway lights, you are provided with a helmet and headlight to view this section of the cave system which is so very different from the Royal and the Fairy show caves. Prior bookings are required for Federal Cave historical tour.

Swim at the pool

Take a refreshing dip on a hot summer’s day. The swimming pool is fed from an underground stream and is not heated.

Go for a walk at the reserve. Buchan Caves Reserve has a network of walking tracks.

There are provisions for family picnicking with electric and wood fired BBQs, plenty of tables, shelters and children’s playground.

How to reach Buchan Caves

Take Vline from Melbourne to Bairnsdale. Take bus from Bairnsdale to Buchan.