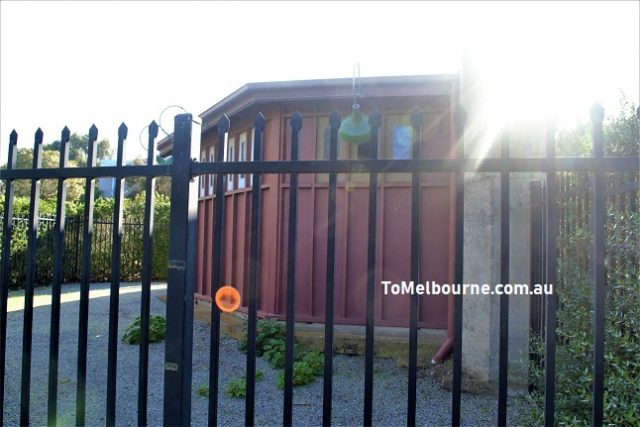 The historically significant Black Powder Mill is located at the suburb of Cairnlea, 17 km north west of Melbourne CBD. During its operational days, the mill used to grind the components of gunpowder used principally in time delay fuses for bombs and shells. Black powder is known by several names depending on its use. All varieties are intimate mixtures of salt petre (potassium nitrate), charcoal and sulphur which have been processed to form grains of specific size.

Black powder was known to Chinese for over thousand years. It was introduced to the Western world in 13th century and was used in warfare from 14th century to 19th century. In Victoria, manufacture of black powder began in the 1860’s for use in gold mining and in construction of railways, roads and water supply systems. 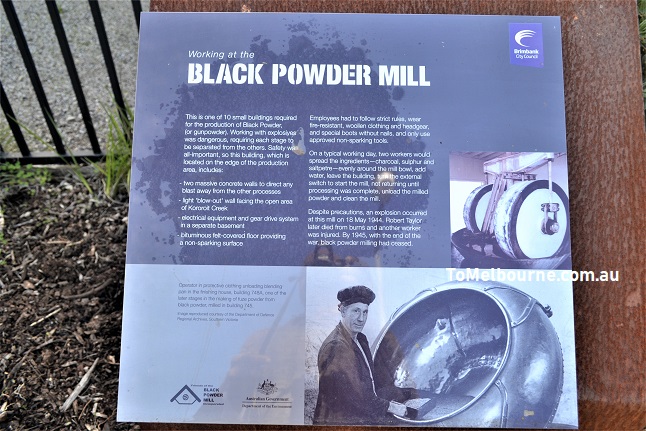 In 1935, ICIANZ built 3 black powder mills at Deer Park. In 1939, when the World War II began, around 2000 people were employed at the Albion Explosives factory site, producing cordite and propellants, synthetic ammonia, nitric acid, other chemicals, and high explosives like TNT.

After the Pearl Harbour attack, Japan conquered Singapore in 1942. There was a need to increase the production of war material including the supply of Gunpowder in those uncertain times. The Commonwealth Government devised a system of cooperation with the industry to increase the production. The black powder mill was constructed by ICIANZ in 1942.

The new plant supplemented the output. This was one of the 10 small buildings required to produce black powder. Working with explosives was dangerous requiring each stage to be separated from the other. The mill worked only from 1942 to 1944 to satisfy the war time demand. Though this purpose-built structure is constructed only in 1942, it remains a symbol of the explosives industry that began in Deer park 140 years ago. After World War II, in 1948, ICIANZ transferred the management of Albion factory to the Commonwealth. Since 1954, the Commonwealth has operated the factory, adapting production capability to meet peace time requirements. By 1957, there were 220 employees. Many migrants especially British and Maltese were employed. The new plants manufactured high explosives and propellants – the new 20th century replacement for black powder.

Deer Park was the hub of explosives manufacturing in Victoria and around 400 buildings which made up the Albion Explosives factory closed its doors in 1986 and transferred the production to Mulwala in NSW. The rest of the factory were demolished.  In 1999 Black Powder Mill was added to heritage overlay of Brimbank City Council planning scheme. In 2003 the Mill was included on Victorian Heritage Register. In 2005 ADI Limited restored the machinery at the black powder mill to working condition for the future generations. Every year Brimbank council conducts an open day for the public to view it.

Safety at the Mill

The mill was built giving paramount importance to the safety of its personnel and to protect other explosive units nearby in the event of a blast. A broad V shaped heavy concrete wall, which encloses the mill on two sides act as a protecting screen to other parts of the factory. The other enclosing walls are built light so that in the event of an explosion, the walls will give away directing the debris towards the creek area. The floor area was covered with bituminous felt, making it a non-sparking surface. The Mill is of the underdriven suspended edge runner type, the runner tyres and pan being made of an iron alloy and the ploughs of a non-ferrous metal with phosphor-bronze wearing strips. The Motor Room is isolated from the Processing Bay for being in an under-floor basement built with thick concrete walls. The workers wore, fire resistance clothing and special boots without nails. On a typical day, two workers would spread the ingredients – charcoal, sulphur and saltpetre evenly around the mill bowl, add water, leave the building, turn the external switch to start the mill, not returning until process is complete, unload the milled powder and clean the mill. Despite precautions an explosion happened at the mill on 18th May 1944, an employee named Robert Taylor died from burns and another employee was injured. 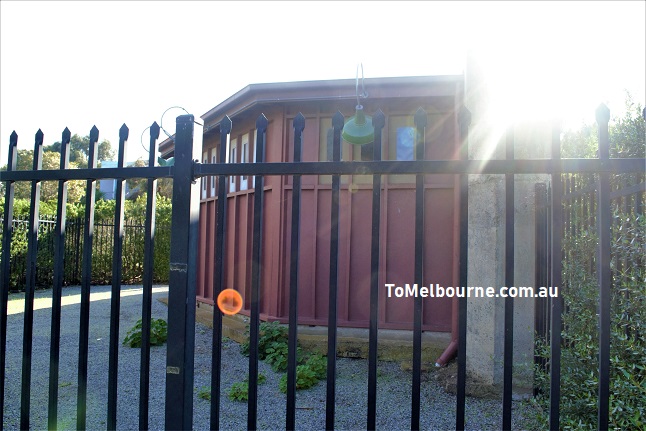 Deer Park was the centre of explosives manufacture in Australia. Melbourne’s first Lithofracteur factory was established in Deer Park near the Kororoit Creek South of Ballarat Road. In 1875Jones, Scott & Co. signed an agreement with Krebs Bros & Co. of Cologne and sought permission from Braybrook Shire Council to establish an explosives factory near Kororoit Creek. The area was known as Kororoit Creek area due to the presence of the creek. In 1889, the name was changed to Deer Park as it was where the Melbourne Hunt club hunted deer.  The first explosives factory in Deer Park became operational in  April 1876.  At one stage Deer Park was known locally as the ‘’Blow Ups’’, due to the number of accidental and sometimes fatal explosions. The restored Black Powder Mill or the Building No 745, is all that now remains of the Albion Explosives Factory and is a local attraction. Cairnlea’s new houses replaced the rest of the factory area. 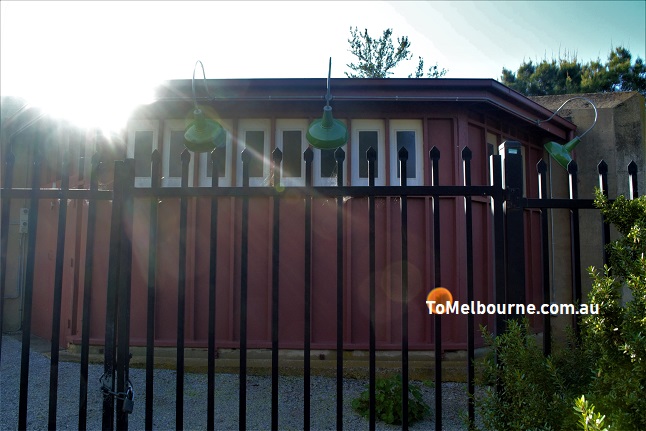