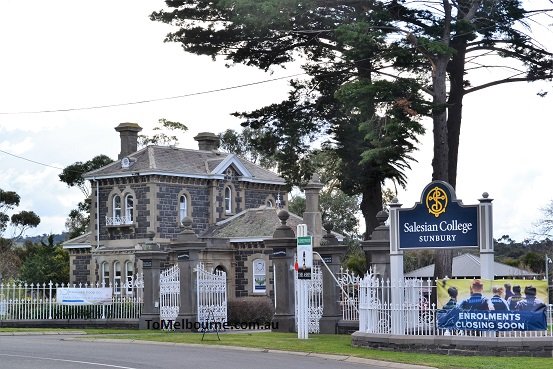 The township of Sunbury in Melbourne has adopted the motto, “The Birth Place of Ashes”, though, the sequence of events that awards this distinction to Sunbury has many loopholes that questions its credibility. But the story goes as follows and the distractions are out of scope for this article. Rupertswood Mansion in Sunbury was the site where a tiny terracotta urn, believed to be a perfume bottle bought by Lady Janet Clarke at an Egyptian bazaar, was presented to Ivo Bligh, the captain of the English touring team of 1882-83.

Rupertswood is a 50 room mansion built in Italianate style as a residence for Baronet and Australian Businessman Sir William John Clarke in 1874-76 and the property covered an area of 31,000 acres on those days.  The estate was sold in 1925 to Hugh Victor McKay, a wealthy industrialist and when McKay died in 1926, the mansion was bought by pastoralist William Naughton, and then in 1927 by the Salesian Society. Today administrative offices of Salesian College Rupertswood, operates from the mansion. 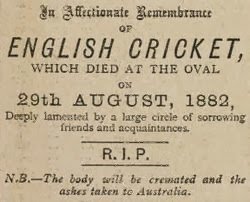 “In affectionate remembrance of British Cricket, which died at the Oval on 29th August 1882, deeply lamented by a large circle of friends and acquaintances. RIP

NB: The body will be created and ashes taken to Australia.”

William Clark, who then was the President of MCC was in England until September 1882 and was responsible for bringing the English Team to tour Australia. The team was entertained at Clark’s Rupertswood mansion on 24th December 1882 and a social cricket match was played at the Mansion Grounds.

The Urn is a 11cm high red terracotta artefact which some believe could be a perfume bottle and it is assumed to contain ashes of a cricket bail. Two labels are pasted on it: the top label says “The Ashes”; the lower label is a verse cut out from Melbourne Punch magazine of 1 February 1883 which reads:

“When Ivo goes back with the urn, the urn;

The welkin will ring loud,

The great crowd will feel proud,

Seeing Barlow and Bates with the urn, the urn;

And the rest coming home with the urn.”

It is perplexing how a paper cutting published a month later was part of the Urn.

“The legendary Ashes of English cricket are generally supposed to be also mythical. Lord Darnley, who captained the English team when he was Ivo Bligh says they are not. Here is the story which he told evening standard.

“It was after the defeat of England at the oval on 29th August 1882, when late F.E. Spofforth took 14 wickets for Australia, that the tradition of the Ashes arose. There, then appeared in a popular sporting weekly, the reference to the death of English Cricket and a note that the body would be cremated and the ashes taken to Australia. The expression caught the public imagination and when I took out the English to Australia the following year, I was asked to bring them back. Some Melbourne woman purchased an earthenware some five inches high and filled it with ashes. It was sent to me before we sailed and I brought it to England and have kept it ever since. Some Australians have seen these ashes for when our house in Kent was converted into a convalescent home during the war. Some 1400 Australians officers passed through it. I used to take the urn around the ward and show it to them and it always created the greatest of interest. Even if the Australians win this year, I shall keep the Ashes, and if England wins they will not go to the Lord’s. They are the most precious souvenir of my cricketing days”.

It is noteworthy that Ivo blight described, “some woman from Melbourne purchased an earthenware filled it with ashes and sent it to me before we sailed.” As per the Rupertswood version of events, his wife was one of those women and the other was Mrs Clarke, a well-known Australian. It was handed to him and not sent to him.

The Sun (Sydney, NSW : 1910 – 1954)  on Sunday 3rd September 1944 published an article on how Ivo Bligh met his future wife Miss Florence Morphy, who was the music teacher of Mrs Clarke in the Rupertswood story of events.

In 1882, Ivo Bligh took an English team to Australia and at the Melbourne Cricket Ground received a crack on the hand and retired to the pavilion with blood streaming from his fingers.

A lady enthusiast Miss Florence Morphy , of Beechworth in Victoria was so effected by the sight that she left her seat under the plain white awning rushed forward and proffered her kerchief to stem the blood flow.

At first Abashed by such sympathetic interest, Ivo hesitated then accepted the delicate fabric. Later when his wound had been professionally dressed, he returned to the awning, sought out the lady. They were properly introduced on the MCG, began a courtship that ended in marriage.

The Ashes urn sat in the home of the Blighs until 1927 when Florence Bligh gave it to the Marylebone Cricket Club after her husband’s death. It was placed in the Long Room at the Lord’s Pavilion until 1953 and was transferred to the Cricket Museum next to the Pavilion.

Today, though visitors are permitted to take a stroll through the gardens of the mansion, the Mansion is off limit to the public being a private property. The oval where the English team played a social match, is undergoing some redevelopment when ToMelbourne team visited the property on August 2018.

The Discussion Forum on “The Birth Place of Ashes”, Click the link Below. https://tomelbourne.com.au/forums/topic/the-birth-place-of-the-ashes/ 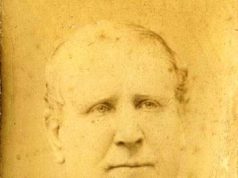 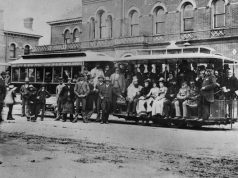 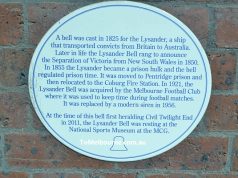 The Story of Lysander Bell

Home › Forums › The Birth Place of the ‘Ashes’ – Discussion Forum