Ned Kelly, an Australian bushranger, outlaw, and a convicted police murderer – the biodata doesn’t seem to qualify him to be part of Australia’s national identity. But eventually he became an integral part of Australian folklore and achieved cult status. Whether he manipulated his Irishness or the tribal mentality we all still inherit left us with no choice but to admire the brave and the confident – it is a matter yet to be debated between historians and psychologists.

Ned Kelly is an enigma and his last stand wearing a suit of bulletproof armour, if not inspired, at least amused generations of Australians. The township of Benalla, a major stopover in the Ned Kelly tourist route still preserves some of the relics of his life journey. At Mair Street in Benalla, the courthouse and the bootmaker and saddler shop stand as a silent witness to the Ned Kelly years.

The Bootmaker and Saddler shop is preserved even today as it existed in the mid-1800s. It was here on 18th September 1877, Ned Kelly was taken to the Benalla Courthouse opposite the shop and Ned evaded the Police escort and entered the building occupied by King, the bootmaker. A violent struggle followed when constable Fitzpatrick attempted to handcuff Kelly aided by sergeant Whelan and constables Lonergan and O’Dea. William Magennis, a local Justice of Peace, and Flour Miller intervened and convinced Ned to surrender to the Police.

In 1879, Ned Kelly in company with Trooper Richards and Bank Teller, Mr Edwin Living went to the private residence and Printing Office of Jerilderie and Urana Gazette in NSW to meet its proprietor, Samuel Gill with the intention of publishing a letter written by him. Gill was not at home and his wife refused to take the letter. Edwin Living promised to take the letter and deliver it to Gill when he returned. Ned’s demand was to publish a statement of his life which he had prepared. He then took out of his pocket a large roll of paper, 57 sheets in all, closely written. The Argus published the letter on 17 February 1879. The Benalla incident as per the letter in Ned Kelly’s own words goes as follows, ‘’ But it happened to be Lonergan, the man who in company with Sergeant Whelan, Fitzpatrick, and King, and Constable O’Day, that tried to put a pair of handcuffs on me in Benalla, but could not, and had to allow M’Innes, the miller, to put them on.’’

A little more elaboration of the story is available from the information board infront of the bootmaker shop, which was prepared with the help of Ian Jones, author of ‘Ned Kelly, a Short life’. It goes as follows, ‘’ It was here in 1877, the epic fight between Ned Kelly and his Police escort took place. After being arrested for riding across a footpath and drunkenness, Ned, who was known to hardly touch a drop, suspected the Police of spiking his drink. Furious with the Police, he broke away from his escort and escaped to the shop. The four Police escorts, Sergeant Whelan, constables Fitzpatrick, Day and Lonergan, followed in hot pursuit and a violent brawl ensued, the Police assisted by King, the bootmaker. In the fracas, Ned knocked down Constable Fitzpatrick and in turn was grabbed by Constable Lonergan by his privates. Ned was said to have howled in pain yelling, ‘’Well Lonergan, I never shot a man, but if I do, so help me God, you will be the first’’.  It was indeed, Lonergan that Ned was to kill at Stringybark, but Ned failed to recognise him. Ned fought like the devil against his persecutors and only agreed to surrender after a sympathetic Justice of Peace, William Magennis convinced Ned to accompany him to the Courthouse.’’ 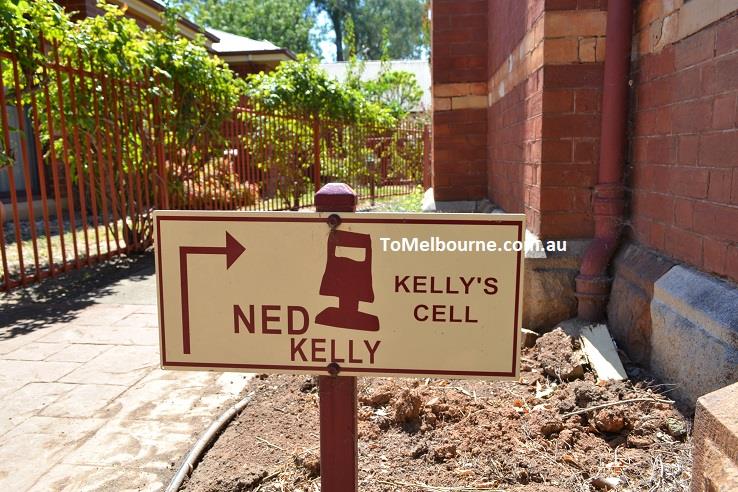 Opposite to the Bootmaker shop is The Old Courthouse and Survey Office. Constructed in 1865 as a single-story structure, witnessed many trails involving the Kelly family. It was here at the age of 14, Ned Kelly stood trial for being charged with Highway robbery against Ah Fook, a pig and poultry dealer from near Bright. The charge was dismissed.

On 14th October 1869, a Chinaman named Ah Fook, a pig and poultry dealer, passing by Mr. Kelly’s home at the Eleven Mile Creek, stopped and asked for a drink of water. Mr Fook could have drunk from the Creek, but he preferred to approach Mrs Kelly for reasons known only to him. Ned’s sister Annie offered Fook a pannikin of Creek water which he spat out and began gesticulating and screeching at her. Ned was working in a paddock nearby along with two other men. Ned intervened and the Fook brandished a bamboo stick at him which Ned took and hit Fook on the shins chasing him down the road. Fook went to Benalla and gabbled his version of events to Sergeant Whelan who decided to take action based on the information he received. Next day, Sergeant Whelan and Constable McIntyre rode out to the Eleven Mile Creek to arrest Ned and the day after on October 16, 1869, he was placed in the dock before Mr. Sharpe, a Justice of the Peace, charged with ‘robbery and violence.’

The Mair Street at Benalla is also home to Ned Kelly Museum. The Museum houses an extensive display of Kelly Memorabilia, including the authentic bloodstained green silk sash which was awarded to Ned at the age of 11 when he saved 7year old Richard Shelton from drowning in Hughes Creek at Avenel. The sash was worn by Ned at the siege of Glenrowan in 1880. The sash was collected at Glenrowan on 28th June 1880 by Dr John Nicholson of Benalla who dressed Kelly’s wounds. It remained with his family until it was donated to Benalla District Historical Society in 1973 by his daughter Mrs Emmie McNab. The museum also houses witness box where Ned stood at the Benalla Courthouse and firearms and other possessions of Kelly gang.

The Commercial Hotel in Benalla overlooking Broken River was turned into the temporary headquarters for two years by the Police team engaged to hunt the Kelly gang in 1878.

At Cowan Street in Benalla is the Benalla Cemetery. Lay buried here is Joe Byrne, a member of the Kelly Gang, Jane and Thomas Lloyd, Ned Kelly’s aunt and uncle. Byrne lost his life at Glenrowan Siege. Australian Town and Country Journal published from NSW reported on 3rd July 1880, ‘’After dark the body was sneaked out by the back way of the police camp, and with only an undertaker’s man, and a well-armed constable, was taken to the Benalla cemetery and privately buried in a snug corner. Then the constable and the undertaker marched back again, saluted each other, and went home.’’

Australian Town and Country Journal continued, ‘’ Byrne had a number of nicknames. He was the idol of the girls of the district, who said he was such a handsome and such a mild young gentleman that no one would believe him to be capable of interfering with anybody. One anecdote will suffice to show how mild he was. Some time ago, before he took to bushranging, he was running some horses to the stockyard at the Woolshed. The yard was old, and the fence was broken. He got his sister to help him, and to stand in one of the gaps in the fence. This is a time-honoured custom with the people of the district, who will go into a stockyard and chase the horses round themselves, but they use the women to fill up the gaps in the fence. One of the horses was a very wild one, and this one Byrne wanted to catch. It rushed straight at his sister, and knocked her aside, and escaped from the yard. Byrne was fuming with rage. He rushed at his sister, seized her by the hair of the head with one hand, and struck her over the face with the heavy bridle he carried. He cut her face terribly and knocked her eye out. So much for the ladies’ man!’’

Not very far from Benalla is the Stringybark Creek Reserve located at the Toombullup State Forest. It was here, in 1878, the Kelly Gang members shot and killed Police Constables Lonergan, Scanlan and Kennedy. The police camped on the Stringy Bark Creek on the 26th of October 1878, when the two Kellys, Hart, and Byrne surprised them, shot Constables Lonergan and Scanlan before they had time to make any resistance, wounded and captured Sergeant Kennedy, and next day shot him in cold blood, and the fourth trooper, Constable M’Intyre, only escaped by leaping on Kennedy’s horse and galloping off. 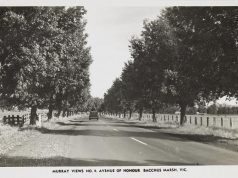 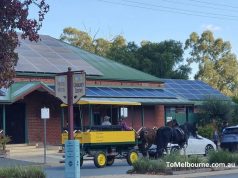 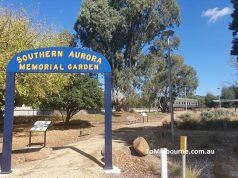 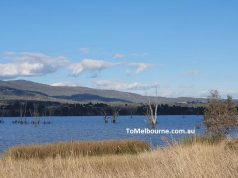 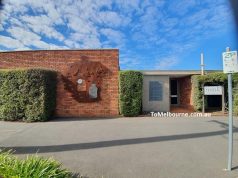 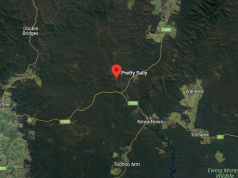