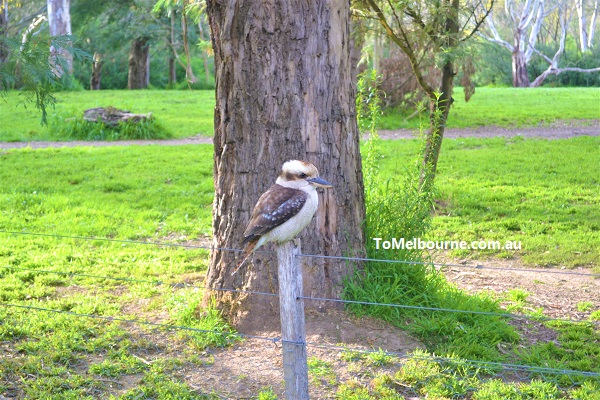 23-hectare, Banksia Park in Bulleen is a typical Riparian Floodplain Woodland featuring River Red Gum and wetlands. The park is popular with people of all ages and is usually frequented by joggers, cyclists and dog walkers. 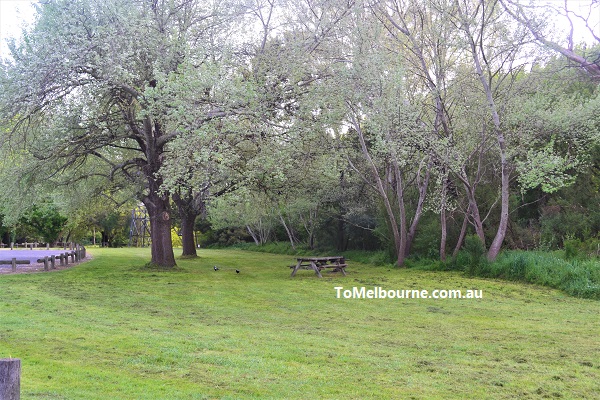 The park has shared footways, information and interpretation plaques, picnic and BBQ facilities and a Japanese Cherry blossom grove. Interpretive plaques; Heidelberg School of Artists trail and Heritage trail are located along the river course which make a good read for first timers. 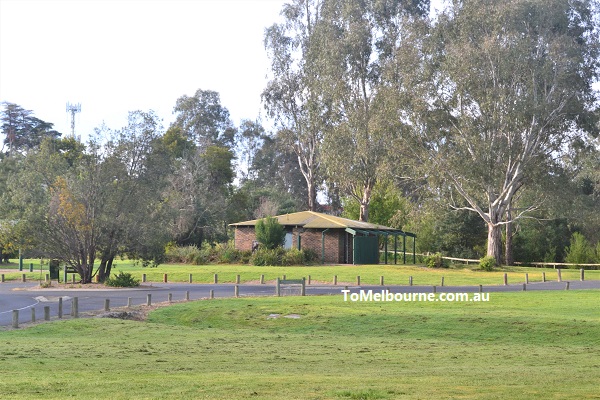 Majority of the original vegetation were removed after the European settlement but some remnant Redgums remain along with planted acacias, eucalypts and pine oaks. 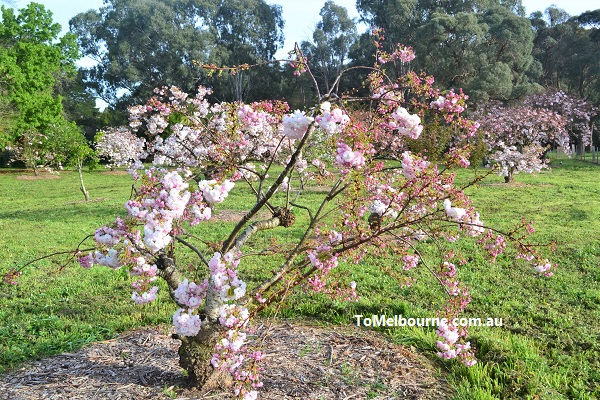 The Park also has a Japanese Cherry Grove. In February 1980, Japanese Government gifted 100 flowering Cherry trees as a gift to the people of Victoria to mark the visit of then Japanese PM, Ohira. They were originally planted at Jells Parks in Dandenong Valley Parklands but was relocated to Banksia park in 1988. In the month of October visitors flock to the park to participate in Hanami – a traditional Japanese custom of enjoying the transient beauty of Cherry Blossoms or Sakura. 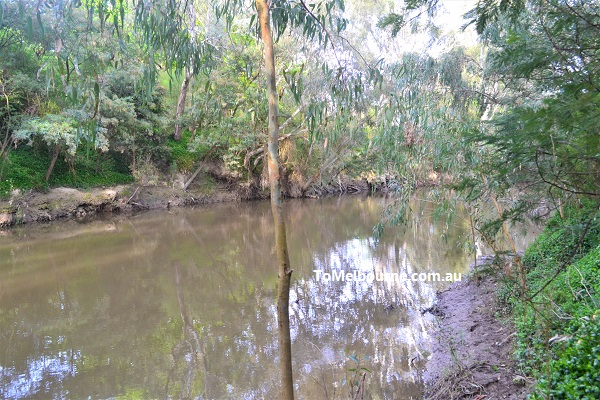 The black steel sculpture ‘Helmet’ by Tanya Court and Cassandra Chilton, influenced by Sidney Nolan’s Ned Kelly series is visible from the park located at the intersection of Manningham Road and Bridge Street. 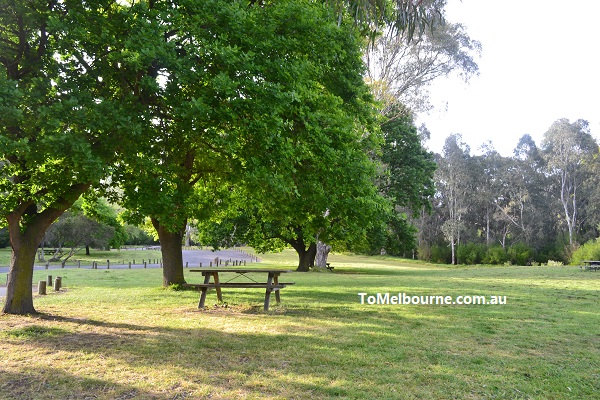 The   Wurundjeri  Woiwurrung people are the Traditional Owners of   the   lands of   the Birrarung  – the Yarra  River. 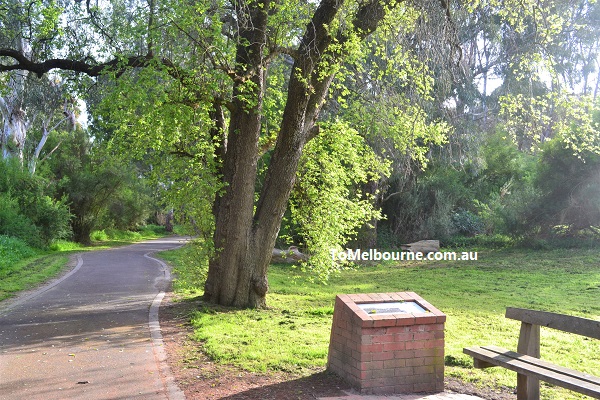 After the European settlement of Melbourne in 1835, Land sales in the area began after 1845. Gold rush of the 1950’s increased demand for farm produce, which saw the rich river flats being sold and turned into farms.

The first farmer in the area was Sidney Ricardo, who arrived in Port Phillip Bay from London at the age of 24 in 1843. His 150-acre vegetable farm was reported to be the richest farm in Australia in the 1860’s. He later became a member of the Legislative Assembly representing South Bourke from 1857 to 1859. 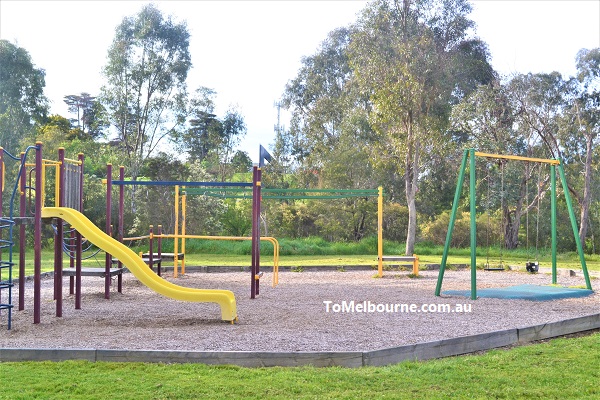 Many artists were attracted to this area for its scenic beauty 1880 onwards which resulted in the birth of Impressionist school of paintings. Tom Robert’s oil painting, ‘Quiet Stream’ (1885) is believed to depict Yarra at the vicinity of the park with a view towards Bulleen. Charles Condor’s ‘Yarra Heidelberg Boys Bathing’ (1890) also depict Yarra from the vicinity of the park. 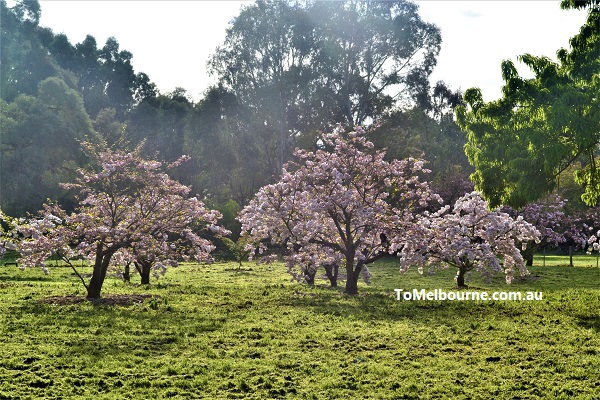 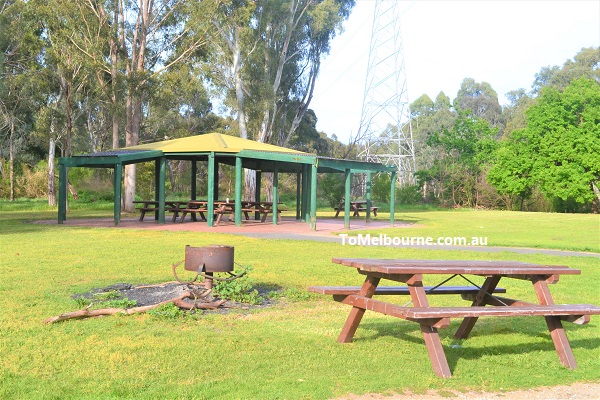 Vehicle entry gates are open from 6am to 6pm. During daylight savings it is open till 9pm. Pedestrians and cyclists have 24-hour access to the park.

There is a fenced dog off-leash enclosure, next to Japanese Cherry Grove. Everywhere else in the park dogs must remain on leash at all times. 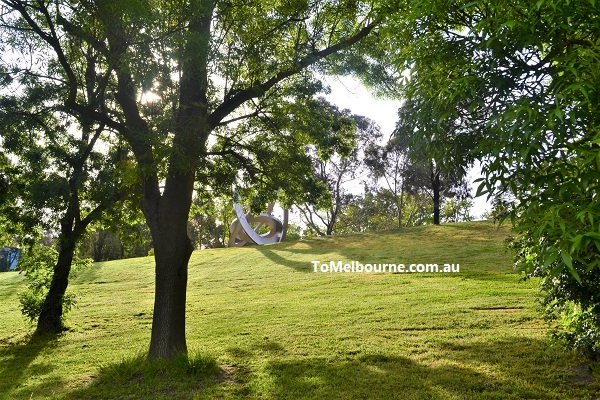 What is good about the Park? 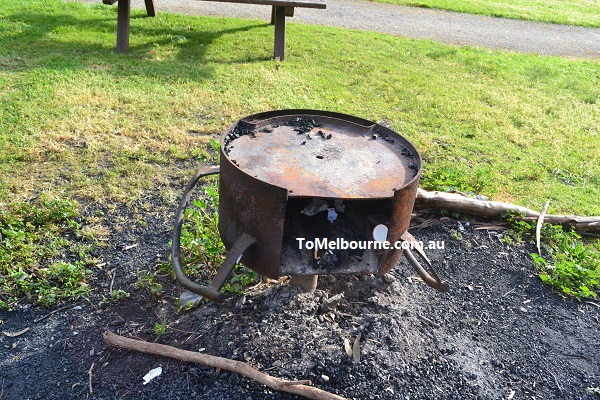 Heide Museum of Modern Art is just next door and can be reached from within the park.

What is bad about the Park?

You will find lots of ‘dog poop bags’ strewn across the park, blame it on the insufficient number of rubbish bins provided. 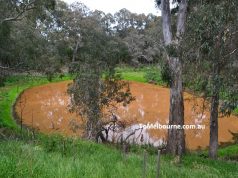 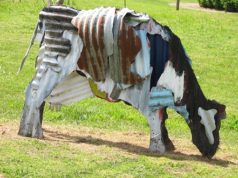