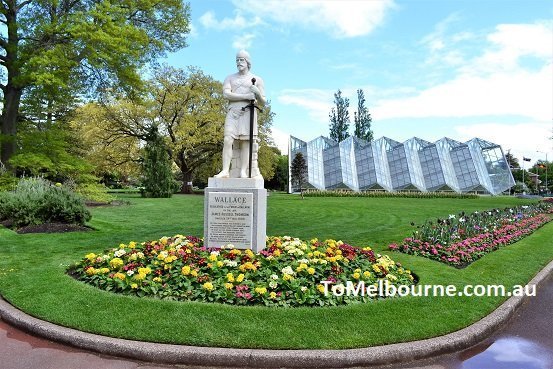 Developed in 1858, Ballarat Botanical Gardens are one of Victoria’s most significant regional botanic gardens, retaining a gardenesque style characterised by mature trees, bedding plants, statuary and historic and contemporary architecture. This 40-hectare gardens are located on the western side of Lake Wendouree.

The gardens feature a collection of 12 statues donated by Thomas Stoddart, a Statuary Pavilion, returned ex-prisoner of war memorial, a conservatory and the Prime Ministers avenue.

History of the Gardens

The discovery of Gold in Ballarat in 1851 had changed its fortunes which foresaw its transformation from an isolated squatter settlement to one of the richest townships in the world. In 1858, the Ballarat Municipality decided to convert the Police horse paddock into a Botanical Garden. 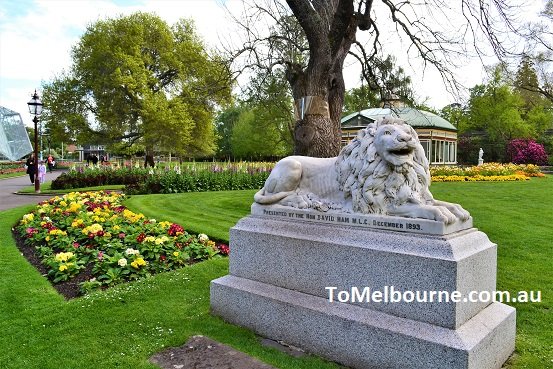 Messrs Wright and Armstrong won the garden design competition and the Prize money of  £10. They began the work for a salary of £3 per week. George Longley was commissioned to turn their vision into reality. The 40-hectare site was divided into three sections – the Central Botanic Gardens and two areas of open parkland now known as North and South Gardens. They began planting the trees in 1860. Some of these trees remain in the garden today are featured on the National Trust of Significant Trees Register. In 1870, the Ballarat Fish Acclimatisation Society was established, and construction of the fernery had started which was competed in 1898 in stages. Thomas Rooney and John Ligham followed George Longley’s stewardship of the Gardens in 1898 and the English trained Thomas Toop was the next successor to take charge. For the next 30 years he led the continued growth and development of the Gardens and was succeeded by his apprentice Thomas Beaumont who spent 54 years as the Ballarat Botanical Gardens curator. The Tom Beaumont Lawn was named in his honour. (Information Courtesy: Ballarat Botanic Garden Brochure).

Ballarat Zoo operated here from 1917 to 1959 and some of the leftovers of the concrete structures of the zoo are still visible at the gardens. The Claxton Memorial Fountain was erected at the Gardens in 1890 by public subscription. The Sequoiadendron Avenue is listed on the National Trust of Significant Trees Register.  The sensory garden was developed in 1992 with a collection of plants appealing to all senses.  It is a popular venue for weddings and photography.

The Main features of the Garden are:

The conservatory was officially opened in 1995 by Richard E. McGarvie, then Governor of Victoria, in honour of Robert Clark who co-founded “The Courier” Newspaper along with Edward J.Bateman in 1867.  The design of the conservatory which features 13-metre-high multi-faceted glass panels, shade sails and a fully automated climate control system is a work of art by itself.

The conservatory features seasonal displays all year round. Entry is free at the Conservatory and is open every day from 9am to 4.30pm excluding Christmas Day.

The memorial was designed by local sculpture Peter Blizzard as a monument to remembrance and healing. The memorial was dedicated on 6th February 2004. The names of 35,000 Australian soldiers held as prisoners in the Boer War, the first and second World Wars and the Korean War are engraved on a 130m long wall of polished black granite.

The Statues at the Botanic Garden 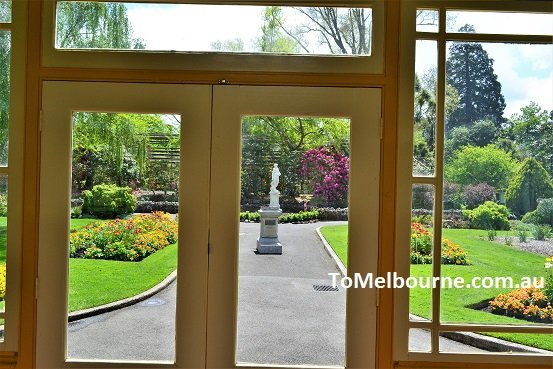 Thomas Stoddart, who made his fortune by speculating on mining shares, bought 12 marble white statues during a visit to Italy. The story is that, he was visiting a sculptor’s studio in Italy, where he saw classical statues being made for the gardens in Genoa.  On impulse he ordered a dozen on the spot. He arranged them to be shipped to Victoria and at his own expense placed them on pedestals of Sicilian marble on bases of Victorian granite. The statues were unveiled on Queen Victoria’s birthday on 24th May 1884.  These statues are of Hercules, Pomona, Hebe, Flora Farnese, Flora, Mercury, Leda, Bacchante, Winter (statue of a wizened old man protecting himself against the winter chill), Spring ( statue of a maiden wearing a toga dress and has a floral wreath on head and carrying a posy), Summer ( a statue symbolising harvest time) and Autumn ( holding a bunch of grapes symbolic of the vintage).

A collection of statuary was bought for the Gardens in 1888 using a bequest from James Russel Thomason, who made his fortune from Gold mining. These five marble statues by Australian Sculptor, Charles Francis Summers are housed in a Pavilion.  The remainder of Thomason’s bequest was used for the marble sculpture of Sir William Wallace, which is placed at the entrance to the Gardens. The statues are, Flight from Pompeii with four bas reliefs, and Susannah, Ruth, Rebekah and Modesty.

The “Flight from Pompeii” represents the flight from the city of Pompeii before the eruption of Mount Vesuvius in 79AD. The four marble relief panels at the base of the main statue depicts various scenes of confusion and flight. The other four individual statues are: Ruth, gathering the remains of the harvested crop in the field of Boaz; Susannah, who was wrongly accused of adultery; Modesty,  a representation of a veiled figure; Rebekah, looking for her first glimpse of her husband, Isaac.

Parliamentarian, Richard Armstrong Crouch initiated the avenue of sculptures of Australian Prime Ministers at the Botanic Gardens. Crouch donated the first 12 busts and made a bequest for maintaining the project. The first 6 busts were unveiled by then Governor of Victoria, Sir Winston Dugan on 2nd March 1940. Now the project is continued by the Ballart City Council. The avenue begins with the bust of first Prime Minister of Australian Federation Edmund Barton. 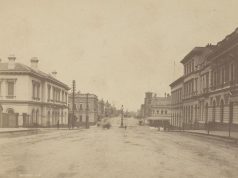 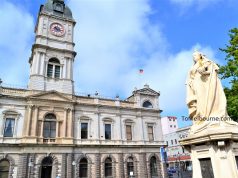 Events and Festivals of Ballarat 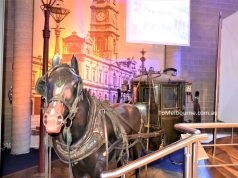 The attractions of Ballarat 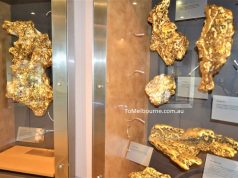 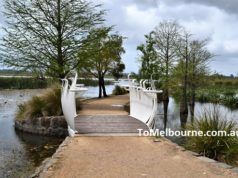 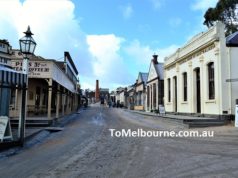