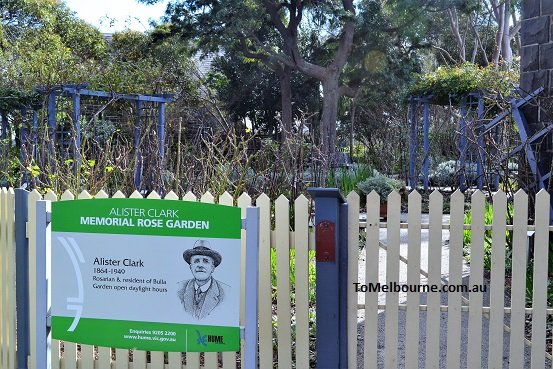 Alister Clark was a rose and daffodil breeder of international repute and was raised and lived  at Glenara, Bulla in Melbourne. The Alister Clark Memorial Rose Garden at Bulla is the only complete collection in Australia of his surviving roses.  He was also an important social and cultural figure. As a President of the Shire of Bulla he was committed to the development and wellbeing of the local community. After his death, the Bulla community has come forward to establish this memorial Rose Garden to celebrate and recognise his work. The Bulla Garden Club and the Garden’s many volunteers assist the Hume City Council in maintaining the garden. At Bulla, Alister Clark has hybridised hundreds of varieties of roses. 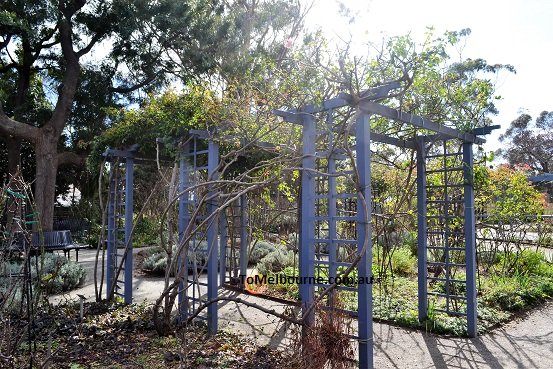 The Life of Alister Clark

Alister Clark aimed to create a rose that flowered all year around. He achieved this goal with one of his roses – Lorraine Lee. Alister was one of the first to breed roses especially for Australian dry conditions. He was one of the only a handful of rose breeders around the world to work with Rose gigantee which come from Burma and Himalayalas and does not thrive in colder climates.

He experimented to create rose varieties that performed well in ordinary gardens and not at rose shows and due to this his rose varieties were extremely popular with Australian public. He never tried to use his rose breeds for commercial benefit, instead he donated them for rose societies and charities for their fund raising efforts. Alister was the founding president of National Rose Society of Victoria which was formed in 1899.

During the World War I, the rose firms did not have sufficient resources to grow and sell the new roses Alister have developed and they lost their popularity. Since he did not commercialise it, many of his rose varieties were grown in the gardens of his friends or rose society members. Due to this many of the roses were lost. There are at least 150 named roses by Alister Clark and many more plausibly attributed to him. He named his roses after women or race horses.

He was the first Australian to be awarded the Dean Hole Memorial Medal, the highest international rose award by National Rose Society of England. He was also awarded Peter Barr medal for Daffodils, the highest for Daffodil hybridisers.

Open All year round from 9 to 5pm. The garden will be in bloom from October to March.