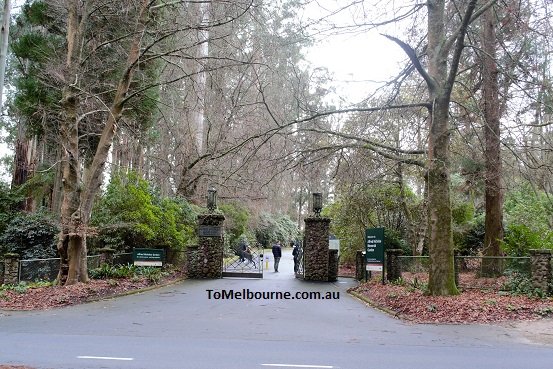 This beautiful garden set at 13acres of land in Sherbrook was once the home of Nicholas family, the developers of Aspro Pain Killers. The garden is famous for its extensive water features including a quaint boathouse, the unusual blackfish pond and a picturesque lake filled by two waterfalls. 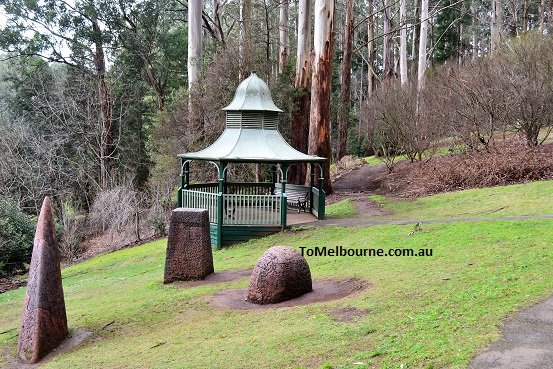 When World War I began, the supply of acetylsalicylic acid or Aspirin was cut off and then Attorney General W. M. Hughes, announced that German patents and trademarks would be suspended. Alfred Nicholas made the first Australian Acetylsalicylic acid or Aspirin and was granted a patent and license to make and sell aspirin in Australia. He sold Aspirin under the trade name Aspro. 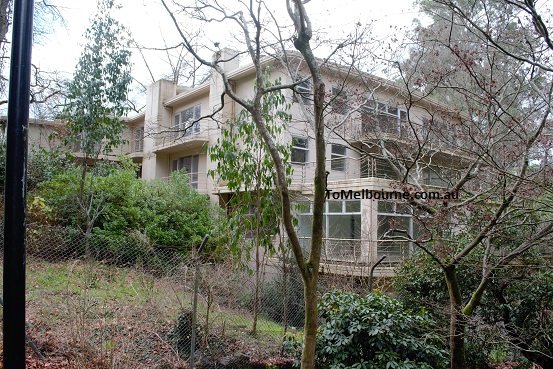 ‘Aspro’ made Alfred and his brother George very wealthy and in 1929 Alfred purchased a land in Sherbrooke to build a summer residence and then proceeded to buy surrounding land to add to his estate. He commissioned architect Harry Norris to build a house that has plenty of fresh air, sunlight and an outlook of command. The triple story mansion that was completed in 1933 has fashionable Streamline Modern style, with waterfall curves, rounded cantilevered balconies and a generosity of windows to admit fresh air and sunshine. It was called Burnham Beeches, named after the beautiful beech forests surrounding the Aspro factory in England. 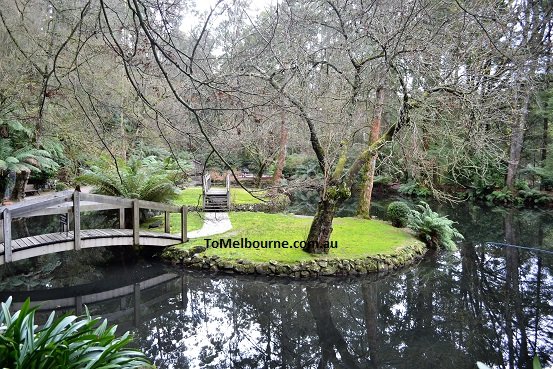 Alfred had clear plans for the garden and he wanted to keep the native eucalyptus and Fern trees in the background. In 1929, he travelled to the Chelsea Flower Show, where he met one of the gardeners of Kew Gardens, Percival Trevaskis. Percival was offered the position of head gardener at Burnham Beeches, which he happily accepted.  Alfred also engaged Commercial Landscape Architect Hugh Linaker to design the garden. In 1929 during the Global recession, he had access to cheap labour and employed nearly 60 men. The garden was set in the natural rainforest, with nearly 150 advanced trees imported from England, mostly Green & Copper Beech trees, planted amongst the natural plantings. 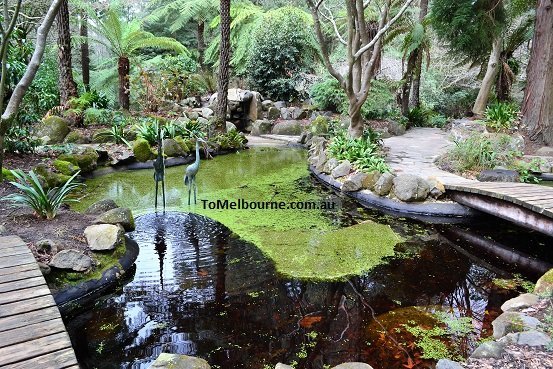 There are many linking paths in the garden and at the bottom of the garden is the main lake and the boat house. Near the mansion, two pools were built and the larger of the pool, known as the Sunken Garden, contained a crane modelled and cast in brass by Australian Sculpture, Web Gilbert, the sculpture was later removed for reasons unknown. Two smaller cranes were placed in the smaller pools.

Alfred died in 1937 but Nicholas continued to live here until World War II. The mansion was loaned as a 50 bed children’s hospital during the World War II. In 1965 the property was divided and the garden was donated to the people of Victoria by way of the local shire council. In 1972, the shire handed the garden to the Victorian State Government. In 1981 the mansion was sold to a private buyer and was turned into a hotel. The hotel was closed in 1992. The mansion was sold again in 2010 to a private party. 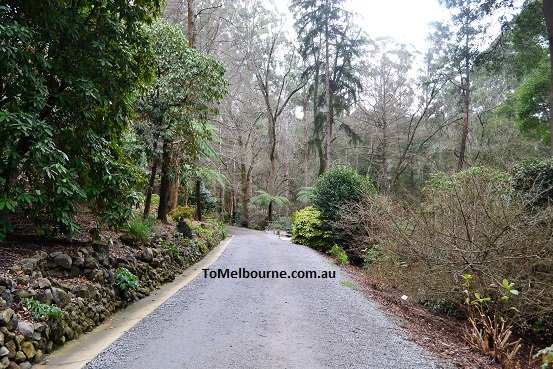 The Park has toilet facility

Dogs are allowed on leash.

For discussion forum on Alfred Nicholas Gardens, Click the link Below. https://tomelbourne.com.au/forums/topic/alfred-nicholas-gardens/