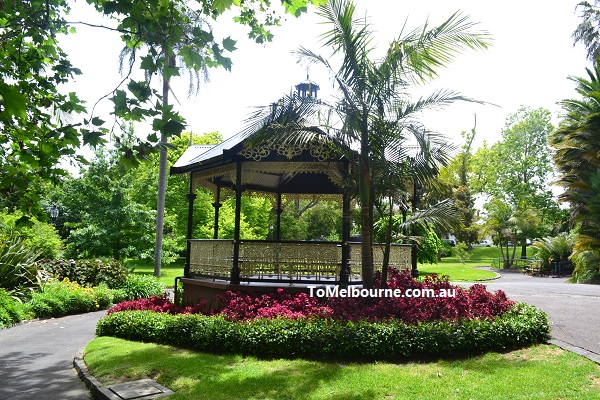 The 3 acre, Alexandra Gardens are rectilinear in shape situated south of Cotham Road in Kew. This is a small but beautiful municipal garden with densely planted garden beds, surrounded by expanse of lawn and serpentine paths bordered with mature trees. The gardens are below road level, sunken in design, fenced with three entrances. 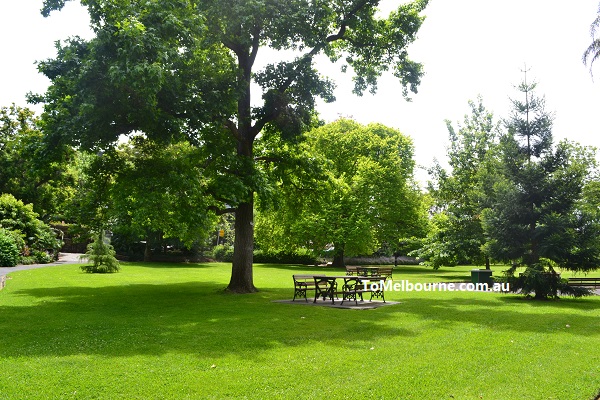 An ornamental pond bordered with narrow bluestone pitchers with a decorative iron bridge forms the centre part of the gardens. The old-style band rotunda at the south west quadrant of the gardens makes a perfect location for wedding photography. 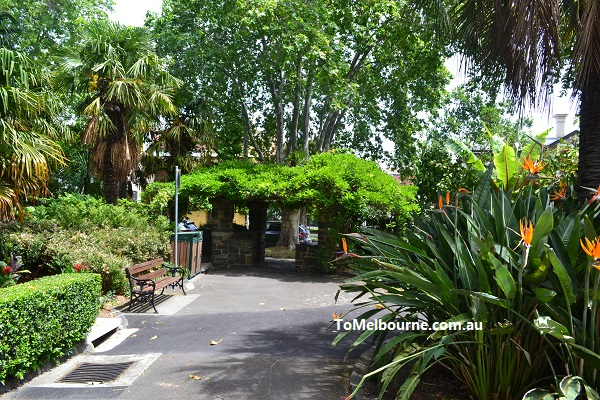 There is a picnic area with BBQ facilities and close by is children’s play area. 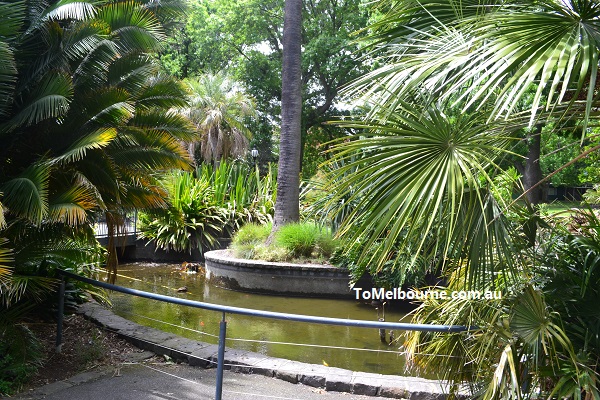 The Queen Victoria Jubilee drinking fountain built in 1887 to commemorate Jubilee reign of Queen Victoria was relocated to the gardens in 1924 from its original location at the corner of High Street and Cotham Road. The Garden is also home to statuary made by local sculptor Leopoldine Mimovich which was presented to the City of Kew in 1990. 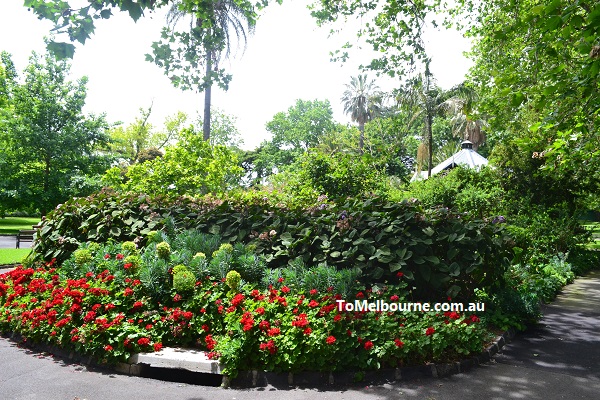 In 1905, the borough council of Kew purchased 3 acres of land which was part of a property known as ‘Madford’ with the intension of creating a public garden for the residents of Kew. In April 1908, the gardens were officially opened by Victorian Governor, Sir Reginald Talbolt and Lady Talbolt, witnessed by around 2000 people. The gardens were named after Queen Alexandra of Britain.

The gardens were laid out by George and Thomas Pockett and George remained the curator of the garden from 1906 to 1922. Thomas Pockett is also credited with assisting with the designs of Barkley Gardens (Richmond), Hopetoun Gardens (Elsternwick), Caulfield Park, St James Park (Hawthorn), Central Gardens (Glenferrie) and Ardrie Park (East Malvern). Thomas Pockett who was famous for his skills in growing Chrysanthemums held the position of curator for parks and gardens for the shire of Malvern for around 30 years.

The bandstand erected in 1910 was rebuilt in 1988 and further refurbishments were undertaken in year 2000. Today the bandstand looks significantly different from the original of 1910.

The Queen Victoria Jubilee drinking fountain was relocated here in 1924, when Kew War Memorial was built in its place in front of the Kew Post Office. The inscriptions on the fountain are as follows.

Name of the Councillors are inscribed on another side.

Artist Leopoldine Mimovitch who settled in Melbourne as a migrant from Austria presented a collection of sculptures to the gardens in 1990.

Popular for Wedding photography. The gardens and the rotunda are available for hire for functions, weddings and celebrations and can be booked for any day of the year from 8am to sunset for a maximum attendance of 100 people.  Marquees, arbours and other shade structures are not permitted at the Gardens

Details about hiring the gardens: https://www.boroondara.vic.gov.au/recreation-arts/hire-venue/fees-open-space-hire

Kew Library is next door and the toilet facility there can be used by the visitors during Library opening hours. 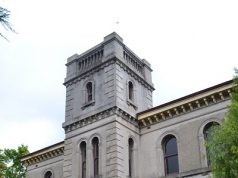 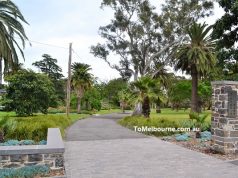 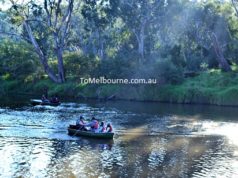