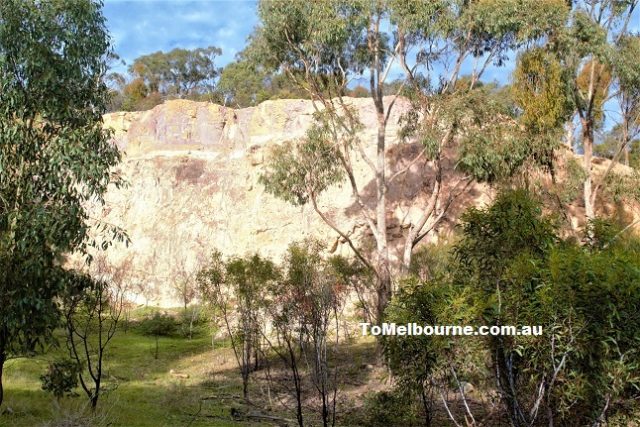 This story is from Argus published from Melbourne.  This incident was published in Argus on 11th June 1866 with the title ‘’A Sad Story’’.  Argus republished an incident which was reported by THE WEST BOURKE GUARDIAN, of JUNE 9. The incident happened at Werribee Gorge near Bacchus Marsh. We are reproducing it here of the belief that it would interest our readers. The story is about a drunkard surgeon who died at Werribee Gorge and his dog that tried his best to save the life of his master. 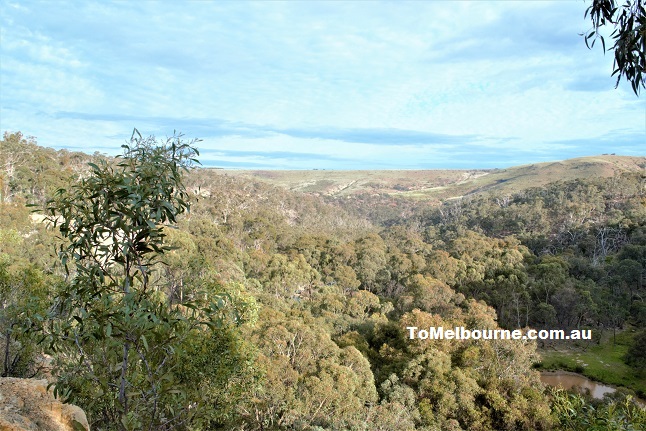 An inquest was held on Saturday last at the Courthouse, Bacchus Marsh, on the body of a person named Wilcox. The particulars of the case are unusually affecting. The details of nearly all inquests are horrifying in a greater or lesser degree; but there are some which stand out prominently, on ac- count of the peculiar circumstances connected with them. The one we are about to narrate is peculiarly saddening, both from the antecedents of the deceased and the lamentable incidents associated with his death. On Wednesday morning a person named Kelly, who had reason to suppose that a warrant had been issued for his apprehension upon a charge of horse stealing,

while crossing the country from the Pentland Hills in the direction of Gurrockburkgap, for the purpose of effecting his escape, descended the almost perpendicular bank of the Werribee River, with the view of ascending the steep ascent on the other side of the stream, so as to arrive at the lonely plains in the county of Grant, with the object of secluding himself in the gloom of the Ironbark Ranges. As he stooped to slake his thirst from the waters of the Werribee he was startled by the barking of a dog ; looking round he saw the prostrate form of a human being, and a small brown dog standing in close contiguity, as if acting in the capacity of sentinel. Kelly hesitated for a moment as to his duty in the emergency, but unfortunately his dread of the consequences of his own offence led to the adoption of a course which, in all probability, caused the death of the unhappy man.

Had he retraced his steps for two miles efficient aid could have been secured, and means adopted to restore the poor fellow whose life was ebbing away for lack of common attention. A double terror took hold of the fellow, and he sped quickly up the acclivity, and made for the ranges. Previous to sunset he met with a shepherd in the employment of Messrs. Green and Burt, to whom he imparted the intelligence that a fellow creature was either dead or dying in the Werribee Gorge-giving as an excuse for his own inhumanity that he was escaping from the hands of justice. The shepherd, after folding his sheep, informed Mr. Burt of the circumstance; and that gentleman next morning wrote to Sergeant Kiernan, of Bacchus Marsh. On Friday morning the sergeant, accompanied by Constable Keeffe, went in quest of the deceased ; after a great deal of searching, entailing a vast amount of hardship-as those acquainted with the nature of that part of the country can readily conceive-they came upon what they believed to be a lifeless body. It may be mentioned that Kiernan had, with commendable forethought, taken some stimulants and blankets, in the hope that they might be useful. Upon examining him they found that life was not extinct, but evidence was not wanting to show that the moment was not distant when body and spirit would be separated. After incredible exertion, the police succeeded in gaining the summit of the bank, their burden being moved only a few feet at a time, so difficult was the ascent, and sometimes on the back of one of the men, while be was held on by the other. Previous to starting from the bed of the river, and also on arriving at the top of the bank, stimulants in moderate quantities were given. The only words articulated by the deceased were “Where is my hat?” And it is somewhat remarkable that the hat was missing, and has not since been seen. He was conveyed in a cart to a police station at Bacchus Marsh, where he was carefully attended to by Dr. Bone; but in the brief space of two hours he expired. On the following morning an inquiry took place, before the coroner for the district (Dr. Rae), and a jury en pannelled for the purpose. The body was identified by a Richard Edwards (formerly a soldier in the 86th Regiment), as that of Dr. Wilcox, to whom he was known in India. Dr. Bone, of Bacchus Marsh, gave evidence as to the cause of death. The continued absence of Dr. Wilcox from his residence at Mount Egerton had induced his friends to fear that some fatality had occurred to him, and led’to a suspicion that the deceased and Dr. Wilcox were identical. The police accordingly instituted inquiries, which resulted in the production of evidence to show that such was the case. The doctor left his residence on the Sunday previous, while suffering from the consequences of over-indulgence in alcoholic liquors, accompanied by his favourite dog.

On Monday, it is supposed, he rambled among the Ironbark Ranges, as on Tuesday he was seen by W. Anderson, poundkeeper at Bacchus Marsh, coming from that direction, and walking leisurely towards the Werribee Gorge. It thus appears that shortly after having been seen by Mr. Anderson he must have fallen or precipitated himself down the tremendous abyss, which at this spot is 500 feet deep. How he survived the fall, or lingered in excruciating agony for three days and nights, is unaccountable. His little comrade, with that useful sagacity so peculiarto the canine race, on finding that his master was unable to move, retraced his steps to Mount Egerton, a distance of twenty miles, as if for the purpose of obtaining assistance.

In this he failed, however, although it would appear that there as something in the conduct of the dog which excited suspicion that all was not right with the master. The affectionate creature then started for the Werribee, and when the body was removed the faithful animal followed it to Bacchus Marsh, seven miles distant, and from thence to its last resting-place in the general cemetery. From authentic sources we have gleaned a few particulars of the life and conduct of the deceased, which we publish, not for the purpose of exposing the failings of a fellow worm, but from a hope that the follies, vices, and consequent miseries of an erring mortal may act as so many warnings and admonitions, so many beacons, to turn others from the rock on which he was shipwrecked. He was connected by family genetics with some of the higher classes in the North of England, and at an early age took his diploma in the Royal College of Surgeons, England. Shortly afterwards he formed a matrimonial alliance with the daughter of a clergyman, by whom he became the father of two children. Even at that early period of his history he was much given to habits of intemperance and was the cause of great anguish of mind to his amiable wife and her relatives. His subsequent offences rendered expatriation necessary; and employment was found for him in India, as a surgeon in the Company’s service. His unfortunate propensity to ” put an enemy into his mouth to steal away his brains” led to the commission of an act derogatory to the office which he held, and his dismissal was the consequence. The Lord Elphinstone, troop-ship, was chartered in 1853 to convoy a number of discharged soldiers of the 86th Foot from Calcutta to Melbourne. There was a difficulty in obtaining the services of a surgeon to accompany the men. Dr. Wilcox presented himself and was accepted. After a short sojourn in Melbourne, be arrived at Bacchus Marsh, where he practised as a medical man for a few months ; but his continued indulgence in the degrading vice of his life led to the abandoning of a field of usefulness and reasonable recompense for the hardships and uncertain remunerations of the gold-fields. Taking up his abode at Mount Egerton, he has for twelve years led a life of almost continuous drunkenness, the only sober intervals being attributable to the want of means to obtain a supply of the maddening liquid.

Kiwi – The Made in Melbourne Shoe Polish that conquered the...

ABOUT US
ToMelbourne.com.au is all about Melbourne. This is your destination for up- to- date information on Attractions, Events, Accommodation and things to do in Melbourne.
Contact us: tomelbourne.com.au@gmail.com
© Copyright 2021 - ToMelbourne.com.au
Loading Comments...
%d bloggers like this: